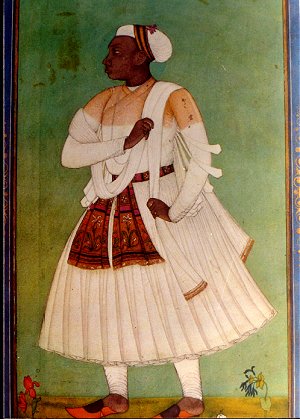 I had vaguely heard of Habshi’s and Siddi’s growing up. Then I read this old BBC news article last night:

Their descendants are the least visible part of the huge African diaspora.

But today in India, almost lost among the mosaic of different cultures and communities in that country, are tens of thousands of people of African descent.

They are known as Sidis.

Most Sidis are Sufi Muslims, who believe God is worshipped through song and dance.

Historian Runoko Rashidi in an essay entitled, “The African Presence in India“:

“…..African sailors known as Siddis stand out. Certainly, Siddi kingdoms were established in western India in Janjira and Jaffrabad as early as 1100 AD. After their conversion to Islam, the African freedmen of India, originally called Habshi from the Arabic, called themselves Sayyad (descendants of Muhammad) and were consequently called Siddis.

Indeed, the island Janjira was formerly called Habshan, meaning Habshan’s or African’s land. Siddi signifies lord or prince. It is further said that Siddi is an expression of respectful address commonly used in North Africa, like Sahib in India. Specifically, it is said to be an honorific title given to the descendants of African natives in the west of India, some of whom were distinguished military officers and administrators of the Muslim princes of the Deccan.

…The Siddis were a tightly knit group, highly aggressive, and even ferocious in battle. They were employed largely as security forces for Muslim fleets in the Indian Ocean, a position they maintained for centuries. The Siddi commanders were titled Admirals of the Mughal Empire, and received an annual salary of 300,000 rupees. According to Ibn Battuta (1304-1377), the noted Muslim writer who journeyed through both Africa and Asia, the Siddis “are the guarantors of safety on the Indian Ocean; let there be but one of them on a ship and it will avoided by the Indian pirates and idolaters.” 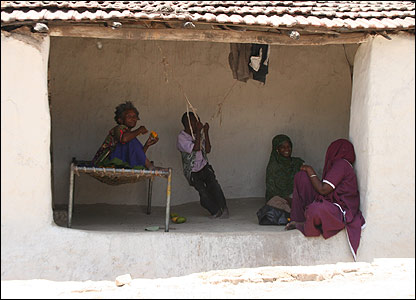 But as you would expect, Siddi’s who live mostly in a secluded part of Gujarat today, are not exactly well off. From the Times of India, Dec 5, 2004:

This entry was posted on Friday, May 18th, 2007 at 2:35 pm and is filed under African in India Part 1. You can follow any responses to this entry through the RSS 2.0 feed. You can skip to the end and leave a response. Pinging is currently not allowed.

8 Responses to Africans in India Part 1: An Abyssinian arrival